Use and misuse of pharma

The root challenge is that physicians, leader of health and wellness, have largely grown unaware and apathetic of the important role self-management education and support.  Pharma also has an important role in providing us better technology.  Hence avoidant of pharma presence at FMF (Family Medicine Forum) does not solve the root challenge of unawareness.
Perhaps, try, for a change, serve a breakfast consistent with Canada food guide 2019 at FMF; then commit at least 50% content of FMF to self-management education and support, physician leadership, community engagements.  Include topics of little corporate interests and consequently lack “evidence-based” support and omitted in clinical guidelines.  FMF is looked up to by physicians and learners.  I think it is important, at FMF, physicians are inspired to eat well, exercise appropriately, develop personal mindfulness and engage their community in wellness conversations.  Who better to lead a population of illness to wellness than physicians?
at September 16, 2019 No comments:

Root cause and solution of rising suicide rate

1. I think individuals are unique. I think instead of standardizing treatment; flexibility of treatment may be more important.
2. I also think the idea that an intervention can be independent of “who the staff was” may underestimate the therapeutic value of personal relationships. Perhaps one solution that targets the root of the challenge is to start by helping service providers develop mindfulness, overcoming their inner challenges and becoming role models with lived experiences.
3. I believe interventions that neglect the mental health needs of the youth’s family and circle of influence will remain ineffective.
4. For every youth that present to the healthcare system, there is a multitude suffering difficult thoughts who don’t. For me the greatest root challenge is the ability to engage and help these multitudes. I believe the root solution in healthcare requires engagement of educators.
at September 13, 2019 No comments:

My suggestion to Canadian Medical Association

CMA might consider doing more than just reiterating popular headliners without a plan. It might take the leadership to campaign for a cultural shift towards a root solution —
1. the consumption of 400 grams of non-starchy vegetables per day
2. national mindfulness training.
This will focus attention and address all stated issues below:
1. Creating a national—rather than provincial—strategy for healthcare. (A cultural shift is a national effort)
2. Leverage the potential of new and emerging technologies. (Social media can be leveraged to change culture; marketer know this well)
3. More support for physician health and wellness. (Show me a physician that eats 1 lb of non-starchy vegetables and meditates each day and I’ll show you a physician leader in wellness)
4. Attract and support more rural physicians. (Inequality in a democracy the size of Canada is the price of freedom; there are ample of benefits in living and working rural)
5. The adoption of pharmacare to address drug shortages and pricing. (Increase patient education reduce substance and medication dependency; “drug shortage” is a consequence of a sickness industry/culture expanding steadily and having reached the verge of the imminent destruction)
6. Acknowledge climate change and the impact on Canadians’ health. (Getting mired in controversy without a plan of action is divisive, irresponsible and only distracting from dealing with the root cause. Attempt to bring awareness to climate change at a luxury retreat of consumerism may be disingenuous and compromise credibility)
7. Work with Indigenous communities. (By all means; and work with all communities. Do the children of settlers deserve any less than those of the colonized? I don’t seem to have to look far beyond myself, family, friends and my practice to find great needs.)
8. Accelerate a national licensing program. (Dealing with expanding demand issue will likely alleviate the supply issue in a safe and sane fashion.)
Teachers have access to all our young. Physicians have access to all who experience pains and sufferings; which is just about everyone. Collectively, these two professions have access to everyone in every demographics, walk and echelon of life. I would suggest, CMA, well positioned and resources to take leadership, begin a national campaign to empower health care providers and educators to take leadership in promoting wellness.
at September 13, 2019 No comments:

I realize sometime ago I shouldn’t be surprised to meet patients over 90 on very few or no meds. I just don’t think anyone actually thinks meds is a reflection of good health.“7.4% increase in expenditure on prescription drugs.” It’s interesting that these figures seems to meet certain expectations of rate of capital concentration. “The average annual return of S&P 500 since adopting 500 stocks into the index in 1957 through 2018 is roughly 8% (7.96%).Does higher prescription expenditure correlate with sickness or wellness or neither? Anyone compared these for different countries?What’s the healthcare and prescription expenditure of “Blue Zone”? The five blue zones are as follows:The Italian island of Sardinia; Okinawa, Japan; Loma Linda, California; Costa Rica’s isolated Nicoya Peninsula; Ikaria, an isolated Greek island.What accounts for these increase in spending? More scripts, more expensive scripts or something else?
at September 13, 2019 No comments:

Mr. D has been incapacitated by severe chronic back pain depression for as long as I have known him. He was abused as a youth in a group home. He has been on decades and multitudes of psycho-pharmaceuticals. Some were recently tapered only due to significant facial dyskinesia.
His intractable negative outlook in life completely took a turn when he developed prostate cancer about a year ago. He began gardening, painting the house and helping with house work. His wife smiles when she tells me he has been at peace and content for the first time in their life together.
Who am I?
Am I that of yesterday, today or tomorrow?
Am I the body or the mind?
Am I my thought?  Which thought?
What is my body?  Does it end at limit of my skin, my perception or all its interdependencies?

What is pain and suffering?
Why do animal have pain but plants don’t?
Why do human and some animals suffer but oligo-cellular organism don’t seem to?

What is awareness?
Why is it that no one needs to remind me not to touch a hot kettle; yet I often remind myself not to suffer my thoughts?

What is love?
Does anyone ask the right hand to love the left hand?  Or do they just know?

Perhaps love is the collective awareness of the collective. The journey is of the collective.  The path is free choice.  The tolls are pain and suffering.
“I am not my body. I am not even my mind.” — Sadhguru
“We shall not cease from exploration
And the end of all our exploring
Will be to arrive where we started
And know the place for the first time.” — T.S. Elliot 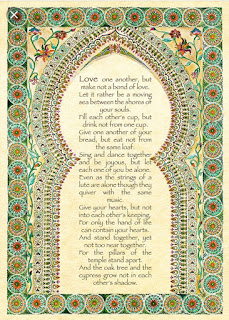 As I have seen quite a few drugs come into glory and fall from grace; I am cautious to adopt new psychopharmacological interventions.

“Adverse effects include addiction, memory problems, paranoia, difficulty sleeping, teeth grinding, blurred vision, sweating, and a rapid heartbeat.[14] Deaths have been reported due to increased body temperature and dehydration.[14] Following use people often feel depressed and tired.[14] MDMA acts primarily by increasing the activity of the neurotransmitters serotonin, dopamine, and noradrenaline in parts of the brain.[14][15] It belongs to the substituted amphetamineclasses of drugs and has stimulant and hallucinogenic effects.[6][16]”
Usage may also be associated with permanent damage to neurons.

I see that some short term studies looks “promising”.  I am weary of the unknown longterm risk-benefit ratio.  I think I would perhaps first try some non-pharmacological mindfulness-based interventions.

What is the responsibility of a researcher?

Physicians are to “choose wisely” and assess the cost-benefit ratio; that is to run a test only if its potential benefit outweighs the cost and potential harm. Perhaps, researchers have a greater responsibility to observe the same principle before committing precious resources. A physician’s poor “choices” may harm a few; but the published work of a researcher may be used to harm many.
For example, a study that presuppose and label any observed disparity in pay between male/female or majority/visible minority physician as “inequity” is imprecise and perhaps fundamentally harmful. It further divides, incites distrusts and most of all distracts from the society’s real need to embrace our TRUE differences – the difference in our neurodiversities and experiences.
Such study can fuel divisive strategies used, knowingly or unknowingly, by politicians seek electoral attention by promote fear, resentment and gross generalizations. Generalizations based on some imagined or “superficially observed differences” (between earlier vs recent immigrants; descendants of colonizer/colonized; subscriber of one religion vs another; rich vs poor; one sexual orientation vs another; one skin color vs another; believers of on dogma vs another; one age group vs another; one social class vs another, one community vs another; one nation vs another; etc.)
I think focusing on superficial and outward differences will only promote inequity. I think the only true inequity is in awareness; and it can only be solved by increasing, through authentic conversations, the collective awareness of our common humanities such as pain, suffering, illness and death.
at September 04, 2019 No comments:

The inferno we call healthcare

I tell my patients that they may do more good for themselves, theirs family, friends and “circle of influence” than I can with a prescription pad. They can improve health care by being a good lifestyle role model and share with others the benefit of eating 400-500 grams of non-starchy vegetables and fruits per day (WHO, Harvard School of Public Health).
According to Health Canada:
Approximately four in five Canadian adults have at least one modifiable risk factor for chronic disease (self-reported tobacco smoking, physical inactivity, unhealthy eating and harmful use of alcohol)
Canada ranks amongst the worst of OECD countries for adult obesity rates.
Canadians spent $22.1 billion on alcohol (a rise of 3.5 per cent from the same period a year earlier);
16 Billions on tobaccos;
102 Billions on processed food and beverages;
4.8 Billions on pot; rate rising at 1.2% per year.
253.5 Billions on healthcare (< than 3% of that on illness prevention which includes immunizations)
Canada is expected to spend $33.7 billion on prescribed drugs in 2018, according to the Canadian Institute for Health Information (CIHI). This marks an estimated annual increase of 4.2% for drugs, compared with 4.0% and 3.1% for hospitals and doctors, respectively.
4.9 Billions on vegetables.
I think the issues of insufficient physicians, inadequate resources, physician burnout, low patient satisfaction, long wait-time, poor distribution, the lack of effective collaborations or the need to protect “family medicine” are all symptoms of a collective conditioned to blindly follow and remain unaware.
I think directing attention only at blazes of symptoms while allowing the root cause to smolder is the greatest challenge in our society.
I think the medical profession has been earnestly putting out fire. As a physician, I have been trained and conditioned to direct my attention at the flickering flames and I have obeyed for 30 years. It appears to me that the fire has now spread out of control; and many other, for one reason or another, by one means or another, all want to get in on the action. I think, for the balance of my career, I need to redirect my attention away from distractions and take aim at the base of the fire before we all go up in flames.
at September 04, 2019 No comments:

Why you shouldn’t use a incentive spirometer after surgery and what to do instead.