The Golden Calf is having the sleeping citizens of the world for breakfast.

I think The Golden Calf is having the sleeping citizens of the world for breakfast.

Why the Hong Kong unrest, the Venezuelian exodus and Trump phenomena?

As a North American, who would benefit from me knowing?
Who benefits from Hong Kong unrest?

What is the only two ways to make lots and lots of money?
1.  Ingenuity and inventiveness of Googlesque or Buffetesque magnitude.
2. Steal it.

Oil was already invented  in Paleozoic age 541 million years ago.

Stealing in a global proportion requires muscles and stealth.

Oil corporations already own 5 out of 8 of the largest proven reserves.

Russia and Iran are too tough to steal from; I think it might have been tried but did not work.

There’s is only one left.

As for stealth, chaos is an effective distraction.

Isn’t it interesting the defense sector as well as the top 6 out of top 8 corporations all come out winners?
Even Walmart is a winner in the trade war; posting growth in its first quarter after 2 consecutive years of declining profit due to Amazon.

I think it’s not US, not China, not a nation or its people.  It is the Golden Calf, or the amoral corporate psychopathy, that is having the sleeping citizens of the world for breakfast.  I am sure my ideas are not novel but of course the media also belong to the Golden Calf.  We only hear what it wants us to hear; it’s up to us to pay attention to what is not said. 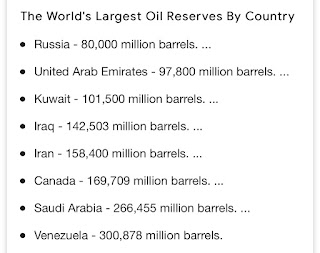 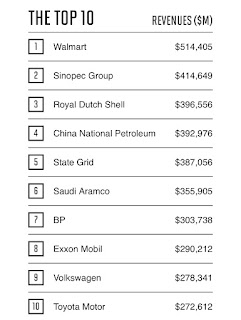 Why you shouldn’t use a incentive spirometer after surgery and what to do instead.